Get Social With Me

Hello ! First I would like to say : Happy New Year ! I hope 2015 will be a good year ! I was quite surprised because for this New Year Eve, I barely saw people on the streets considering I live in Paris. Usually the subways and the streets are packed with people ! But I tried to avoid the most popular places like Champs Elysées or Trocadero. It’s kind of unsafe to go there especially during this period and well, if you are a girl :)

Anyway I was in an epic party ! I went to the Cafe Oz bar (it’s Australian) because there was a New Year Eve special with a “red & chic” dress code. The funny thing is that I bought a red blazer especially for this to match my white dress…and I forgot it. Luckily I was able to enter, as they were giving away red hats, and red hawaiian necklaces. It stained badly my clothes. So lesson of the night : don’t wear a cheap & red hawaiian necklace you got from a party because it might destroy your favorite white dress…

During saturday I went to Saint-Honoré street in Paris because I was looking for a good bag. I looooove my Michael Kors one, the quality is no joke, but I wanted another bag to use daily. So I choose that Furla Meridienne bag. Too bad they only had the black one because the white one looks awesome !  I don’t really know Furla as a brand, but I loved the bags I saw from the shop, and it’s not that expensive. And bonus :  the sellers were really nice ! Thanks to the poor woman who helped me choosing a bag as I was the typically awful customer who don’t know what he wants and will be like “yeah, I like it but I’m not sure…”.  I can spend hours hesitating and finally leaving a shop and buying nothing.

I can’t wait to match this bag with some of my outfits :) 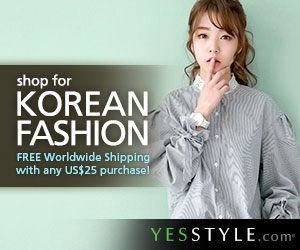 Stalk my blog on Fashionhyper!